A complete approach to restoration.
Traditionally, building restoration has been little more than a long punchlist. Sto®, a longtime leader in innovative solutions for the restoration of building facades, now offers the most comprehensive, most holistic solution on the market: The A.R.T. of reStore™, offering a source for materials and services to address all your maintenance and restoration requirements.

Find out more about The A.R.T. of Restore

The market research and consulting firm Navigant Research projects that by the year 2028, the market demand for retrofitted solutions for commercial buildings will reach $184.7 billion (USD) worldwide. Humans also spend almost 90% of their time indoors, making indoor environments a critical component of health and well-being, productivity, and safety. 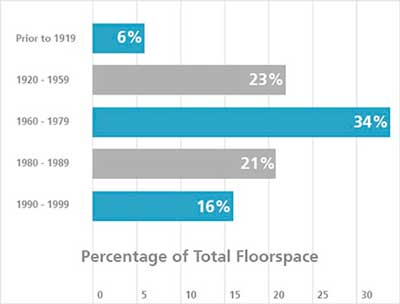 The energy use and demand in commercial buildings has been growing rapidly over the past two decades, in part, as a result of the increase in numbers and usage of computers and other information technology. According to the US Department of Energy, commercial buildings account for 35 percent of US electricity consumption and 40 percent of the global demand.

On average, existing commercial buildings spend 30 percent of their annual operating budgets on energy costs to which also accounts for close to 20 percent of all global carbon emissions.

Rising energy costs, growing concerns about greenhouse gas emissions, as well as a new mandate from the International Energy Conservation Code (IECC) to expand the use and increase the minimal thickness requirement for Continuous Insulation (CI) for all wall assemblies in nearly all climate zones have created a great momentum for the restoration and retrofitting of aging buildings.

According to The Organization for Economic Co-Operation and Development (OECD), the existing building inventory in the United States and Canada represents approximately 119 million households and over 80 billion square feet of commercial building space. A substantial portion of this commercial floor space was built prior to 1980, and a substantial number of the buildings built in the first half of the 20th century are still in operation and consuming energy.

Sto Corp. has been involved in building restoration since 2000 and has been involved in some 82 million square feet of restored cladding projects to date. Our reStore program leverages both the unmatched technical expertise of Sto Technical Services and Sto Studio and the company’s full line of repair products for EIFS, Stucco, Concrete and Masonry construction, as well as, high performance Coatings that provide restoration solutions for buildings.

For us, the process begins with the visuals and ideas that inspire you. You pick the aesthetic — the character, color and form for your building — and we’ll provide the products that realize your design vision. We can turn your creative inspiration into a beautiful, sustainable, fully engineered cladding system.

The promise? Total design freedom in color, texture, finish and materials. The key to unlocking your restoration project’s full potential is the idea that anything is possible.

Sto Studio can help navigate through all of that design freedom. Sto Studio is a unique service geared to assist in your architectural design process and ensure the built environment attains maximum potential. Our design assistance professionals collaborate to create a complete facade concept, including color and material options for your building, giving you valuable insight into your finished restoration project. 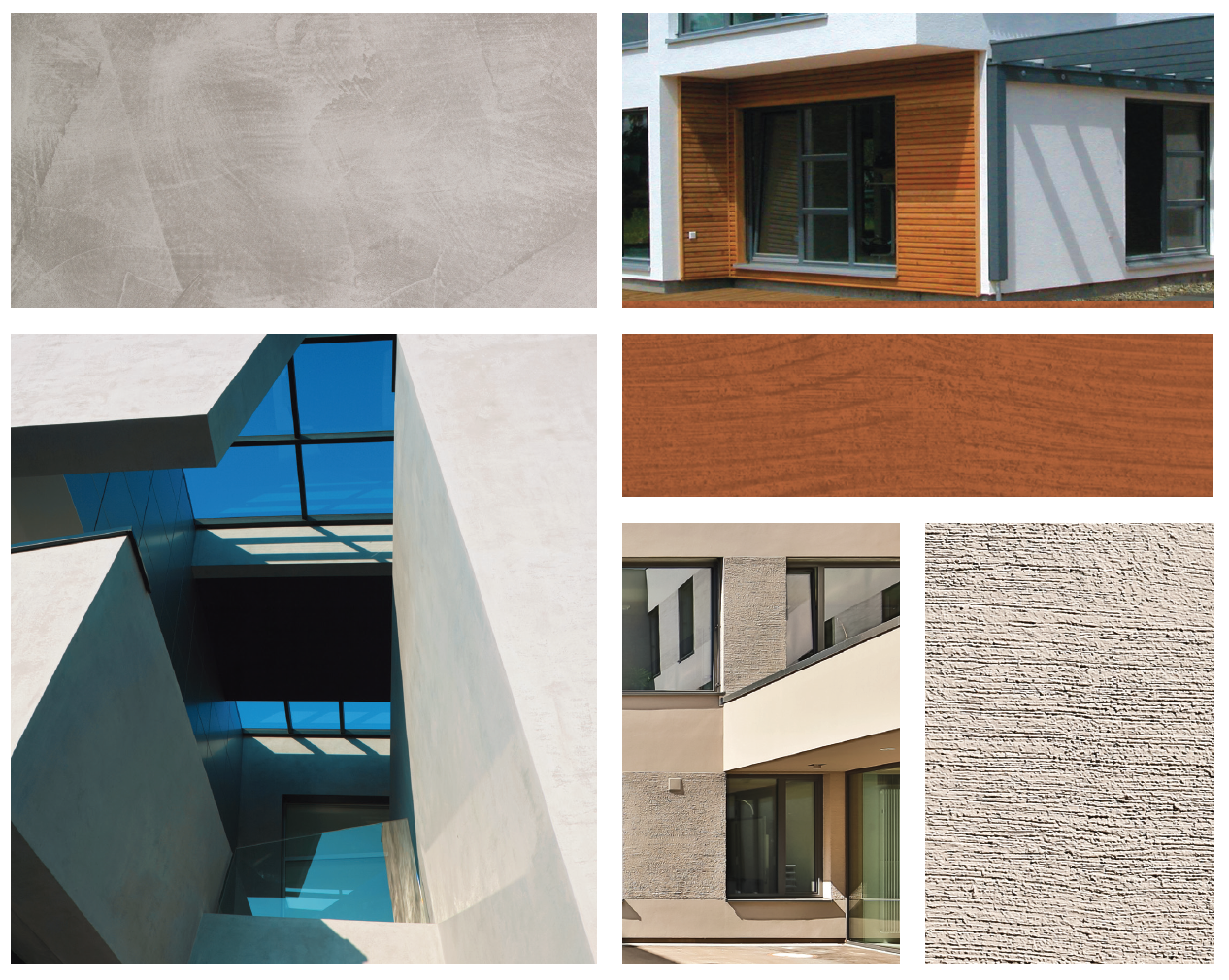 Repair | Don’t Ignore it. Restore it.

Whatever condition your building exterior is in, reStore has a solution to help you regain the value of your investment and meet new environmental regulations. The four levels of reStore cover everything from simple maintenance to remove dirt and mildew to a complete facade restoration with all the products and support you need.

With Sto‘s comprehensive Repair Guide, 30 of the most common problems affecting EIFS, stucco, concrete and masonry are addressed with step-by-step illustrated solutions.

Request a digital copy of Sto‘s Repair Guide, the only one of its kind in the industry.

The Four Levels of reStore

A basic program to remove dirt, mold and mildew, while refreshing or updating the color of the facade.

The clean and recoat process combines a thorough pressure washing and surface finishing with a high performance Sto coating. Sto coatings deliver far more than paint; they actually resist accumulation of dirt, mold and pollutants, preserving a building’s value while enhancing its appearance and reducing maintenance needs. Sto coatings are integrally colored with high-quality pigments to complement building additions or to totally transform a structure’s appearance.

You’ll see real, quantifiable results when you protect your building with a Sto high performance coating, including improved resistance to water, mildew, cracks and fading. 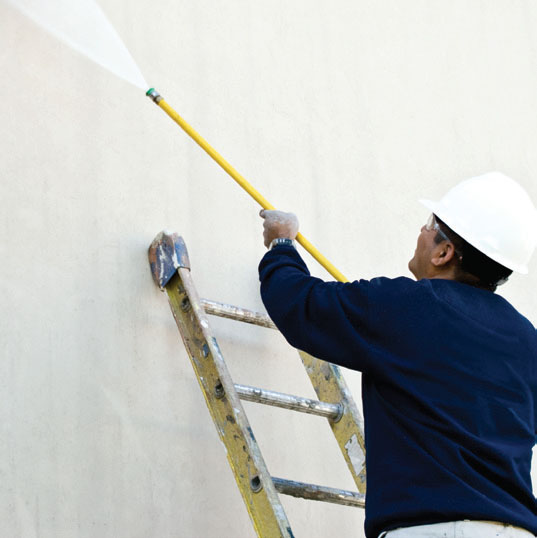 A program to repair minor damage to EIFS or stucco facades before it becomes a major problem.

Cracking and other damage is repaired with a substrate-specific repair product. Often, an additional layer of basecoat with embedded mesh is used to restore the building exterior to its original condition. Sto repair products are engineered for most substrates, including EIFS, stucco, concrete and masonry.

After damage is repaired, a high performance Sto finish is applied to finish and seal the surface, protecting it from the elements and slowing down natural wear and tear. Now the exterior is resistant to wind-driven rain, UV rays, mold and mildew. 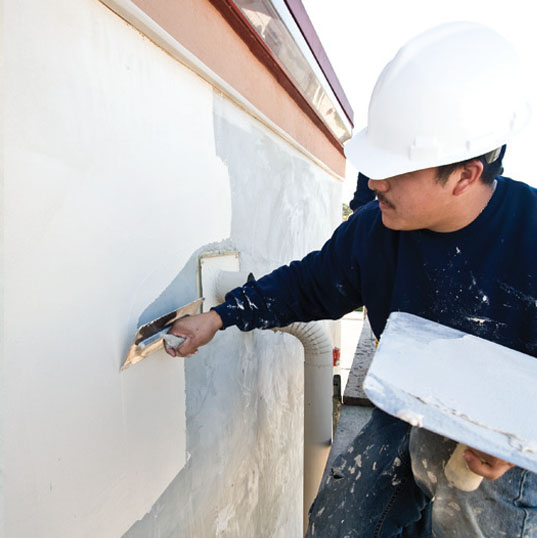 A cost-efficient program to correct moisture intrusion problems and improve the energy efficiency and aesthetic appeal of brick, block or stucco facades. 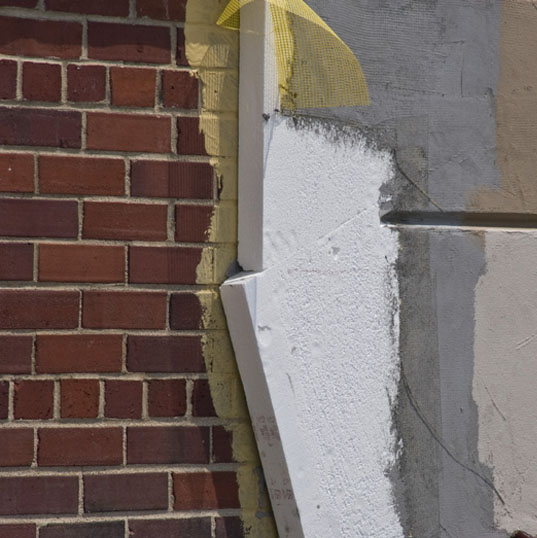 For extensive renovations, it often is most efficient to start over with a new cladding.

When it makes more sense to reclad than repair, a Sto wall cladding system is the low maintenance, high performance solution. Sto can also overclad brick, block and stucco walls, dramatically improving curb appeal and extending the life of the building’s exterior. 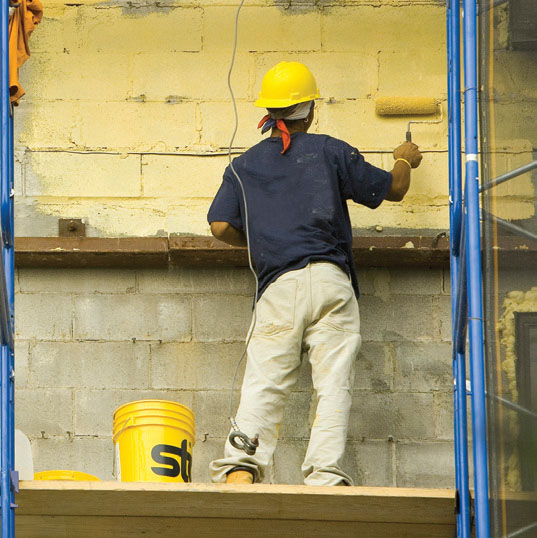 Transformation | Transform the Performance of your Building. Adaptability is the Key to Resiliency.

“The Greenest Building Is… One That Is Already Built” 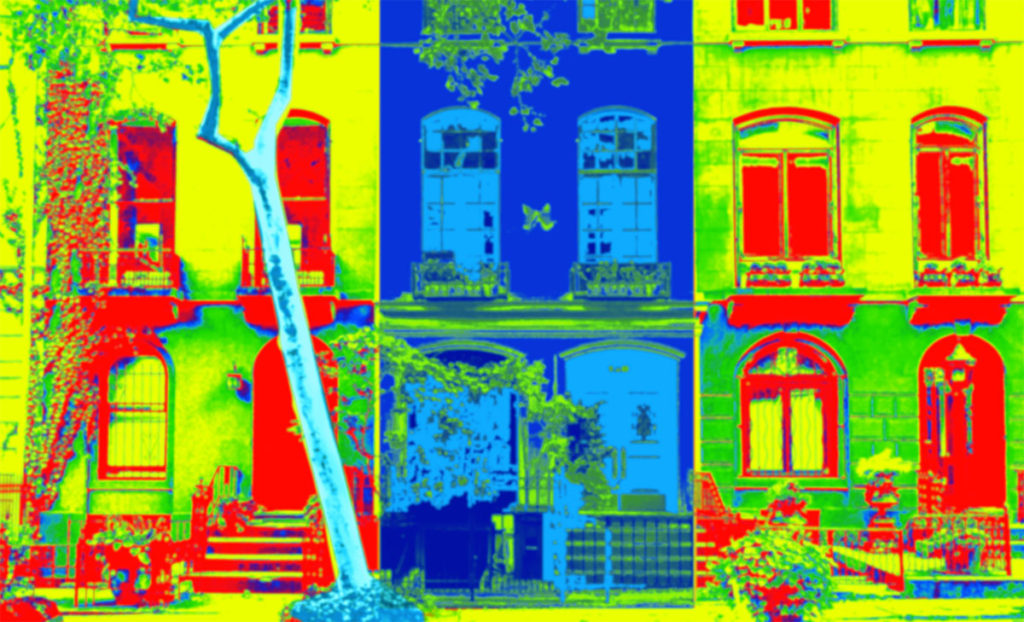 Several studies have shown that existing buildings account for up to 75% of a major city’s greenhouse gas emissions. As major cities employ climate protection strategies, deep energy retrofits of existing buildings are at the very top of their priority lists. Organizations like LEED, Retrofit New York, and Passive House all agree that a fully engineered façade system with continuous insulation and an airtight envelope is the only way for existing buildings to meet the strict energy efficiency standards that have already begun to roll out.

A deep energy retrofit transforms the environmental and economic performance of a building: